The importance of Black entrepreneurship and innovation

Several years ago, while reading the novel, The New Urban Crisis: How Our Cities Are Increasing Inequality, Deepening Segregation, and Failing the Middle Class — and What We Can Do About It, by Robert Florida, I was intrigued by his introduction of the “winner-take-all class” (aptly called the “creative class”) that represented the top 10% of income in the United States. While this group was applauded for the revitalization of inner cities, they were also credited with powering the vexing challenges that contributed to the decline of middle- and lower-class households (e.g., gentrification, segregation, inequality, and unaffordable housing).

Education and wealth generation attributed to this surge in success fuelled by innovation and technology. Interestingly, I saw this trend play out firsthand while attending AgTech conferences over the past few years. Oftentimes, I saw incredible strides in innovation and technology as companies presented the next wave of digitizing horticulture. While I always left feeling inspired and charged to take over the world, I also had this sunken feeling about the lack of education and preparedness of the next generation of children in underserved and under-resourced communities, typically found living in Black and brown, lower-income white, and rural areas. Heck, even so-called middle-class ones as well. I thought to myself that we are training children for jobs that will not even exist when they graduate. Plus, we are not up-skilling or re-skilling workers today for tomorrow. So, who is going to fill these so-called high-tech jobs? I could feel the chasm immediately growing wider as I walked to my car.

Study after study demonstrates how lasting income disparities among individuals heighten instances of poverty and deprivation, mental illness, social unrest, and crime, in direct correlation with lower levels of education, employment, and life expectancy. In 2020 and subsequent years, COVID-19 hit, and an associated recession amplified and worsened pre-existing inequalities. Things continue to worsen as we go into the third year of this pandemic. Not surprisingly, these disparities weaken and begin to paralyze the overall economic stability and growth of a market, even for those currently benefiting from its short-term growth.

So, I was asked why is Black entrepreneurship so important? For the same reasons entrepreneurship on any level is important — for the economic stability of a community or country at large. Black entrepreneurship functions as micro-business in the communities in which they serve. They introduce innovative ideas and products and employ residents, which foster skill development for those often disadvantaged or excluded from traditional labor markets. It also helps create a healthy standard of living to drive generational wealth and build a stronger knowledge base.

But economics aside, at the end of day, we exist because of the people we serve which is why we do what we do. We started WunderGrubs because we were tired of seeing people being displaced and hungry. However, we did not want to just address the symptom of hunger without addressing what caused it. Therefore, sustainability is built into the fabric of who we are as a company. We believe the power of farming insect protein allows for that possibility.

Workforce development, food sovereignty, entrepreneurship, community-building, and ecological stewardship are at the heart of what we do. Plus, leveraging technology allows us to impact and connect with communities in the United States and African countries worldwide, who have typically been left out of the innovation and technology conversations, and are the most affected by the lack of inclusion. Our low-tech model has allowed us to slowly introduce technology and food to communities. If communities supported by Black businesses are the worst affected by disparities, investing in these businesses, and in turn, these communities are simple economics, and plain, good business. Not to mention, we would all sleep better at night. 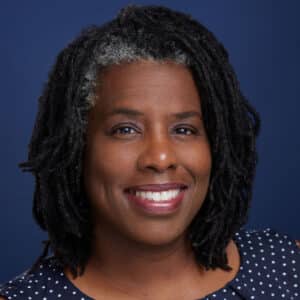 Another panelist joining the ADIS23 Investor and Entrepreneur Forum is Shasha Jumbe, Co-Founder and CEO of Level 42AI and an alumn of the first cohort of Accelerating Black Leadership and Entrepreneurship (ABLE). Meet Shasha at ADIS23. Register @ https://bit.ly/adnadis23.

Dana Weeks is the Co-Founder and CEO of MedTrans Go, a B2B healthcare appointment optimization platform. Dana will join the panel of the ADIS Investor and Entrepreneur Forum. Learn from founders about how they overcame funding hurdles by registering @ https://bit.ly/adnadis23

Manage Cookie Consent
To provide the best experiences, we use technologies like cookies to store and/or access device information. Consenting to these technologies will allow us to process data such as browsing behavior or unique IDs on this site. Not consenting or withdrawing consent, may adversely affect certain features and functions.
Manage options Manage services Manage vendors Read more about these purposes
View preferences
{title} {title} {title}